Churn rate benchmarks: How high is too high? 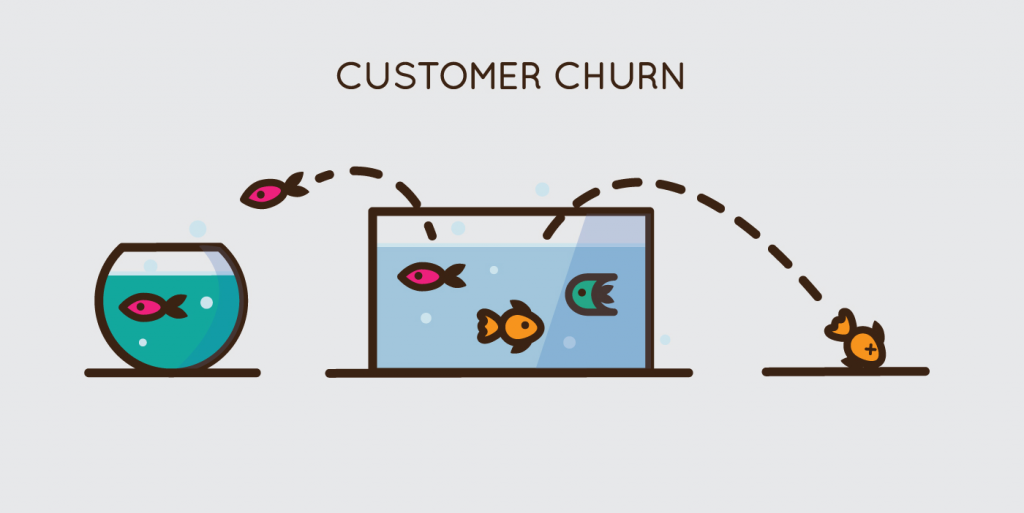 The eternal question: how much churn is too much?

Each business is different and there’s never a single right answer but it never stops people from asking and demanding to know the answers.

So while the answer is always “It depends”, in order to not leave you completely in the dark, below you will find the meta-analysis of different SaaS churn benchmarks.

While it will not give you pinpoint answers, at least it will put you in the ballpark where you will not be completely blind. You can then assess your situation and work from there.

Some degree of churn is unavoidable – there’ll always be customers that cancel their subscription, because of failed payments, cashflow crises or plain unhappiness.

To better assess on which side of unavoidable churn you are on, refer to the benchmarks below.

There are lots of opinions about “ideal” SaaS churn rates, and most commentators seem to share the same view:

“An acceptable churn rate is in the 5 – 7% range ANNUALLY, depending upon whether you measure customers or revenue.”

This comes from a blog article SaaS Churn Rate: What’s Acceptable?, published in 2013. It’s probably the first seemingly comprehensive article on churn and thus it has since been quoted as an industry benchmark.

The industry benchmark is NOT 5% annually.

To put it in perspective, 5% annual churn rate means 0.4% monthly churn. This is absolutely unrealistic.

It could be wishful thinking or it could be an ideal goal to aim for but 0.4% monthly churn (which 5% annual translates into) is not an industry benchmark and don’t treat is as such.

All the evidence needed to disprove this can be found below.

Baremetrics is an analytics platform designed for SaaS companies. On its Benchmarks page, the company uses its insight to pool together real-time dashboard analytics from over 800 small-to-medium sized SaaS companies – including customer churn rates. 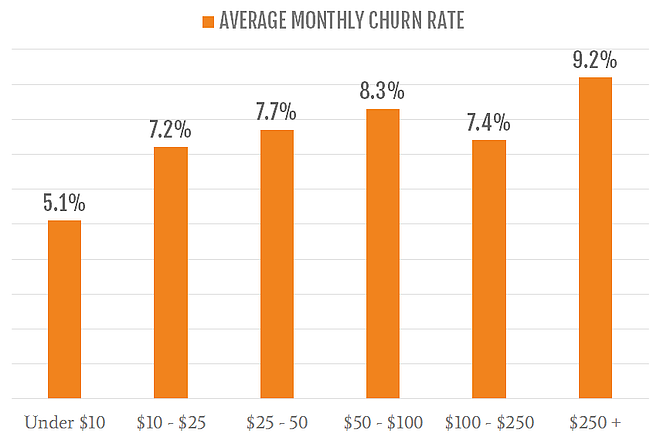 If we average across these cohorts, we find an average monthly churn rate of 7.5%.

Crucially, these findings are backed-up by a few other data sources.

We can turn to the individual SaaS startups that use Baremetric’s reporting functionality.

Of the 800 companies that use Baremetrics, some companies make their dashboard data public. It’s real data, not an idealized benchmark or self-reported survey answers.

Buffer are the most high-profile users of Baremetrics, and their latest figures report 5.4% monthly churn (or ~48% annual churn).

Buffer is a big, successful SaaS company, so the idea that they’re losing 48 out of every 100 customers each year seems shocking, especially when contrasted with the “ideal average churn rates”.

Baremetrics Open Benchmarks provides other valuable and useful data about pricing levels, churn or even reasons for failing credit cards: 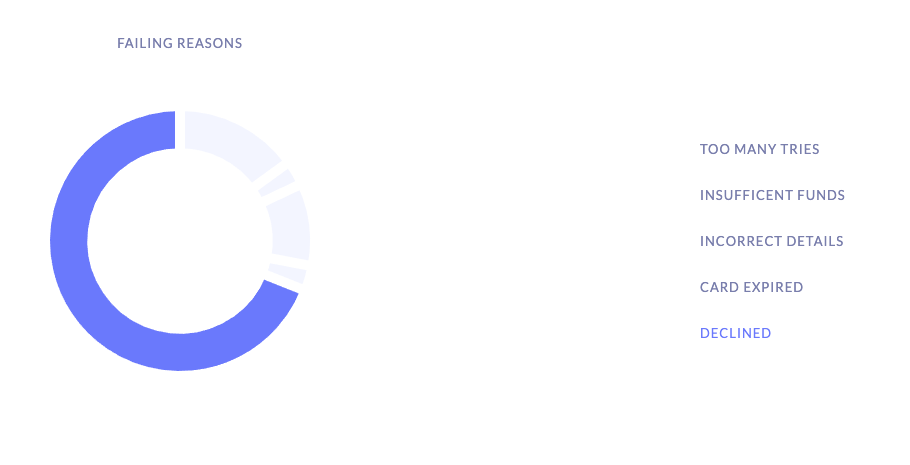 The vast majority is a generic “Declined”, followed by “Too many tries” and “Incorrect details”.

Other sources of churn rate data

Over the years there were a few churn rate surveys, mostly for companies with enterprise-size clients.

Most of the survey data is gone now, for various reasons. Either the companies are no longer in business, or blog posts with findings were deleted for some reason, or the data has moved.

Note: Many of the data points in the article, especially about currently unavailable survey results were taken from an article by Cobloom (a growth marketing company): Churn rate: how high is too high? A meta-analysis of churn studies from 2017.

Here’s a recap of the findings from those surveys:

Pacific Crest Securities used to run an annual SaaS survey. They were an investment bank focused exclusively on technology and were acquired by KeyBanc Capital Markets.

Because of the acquisition, their website is gone and there’s no data to reference directly.

Their last survey was from 2016. It featured 336 SaaS companies – 177 of which reported their churn rates.

To get an idea of the types of SaaS companies featured, Pacific Crest provided a few representative statistics. The companies in their survey had a:

So these are not your typical SaaS companies.

Here is what these companies reported. 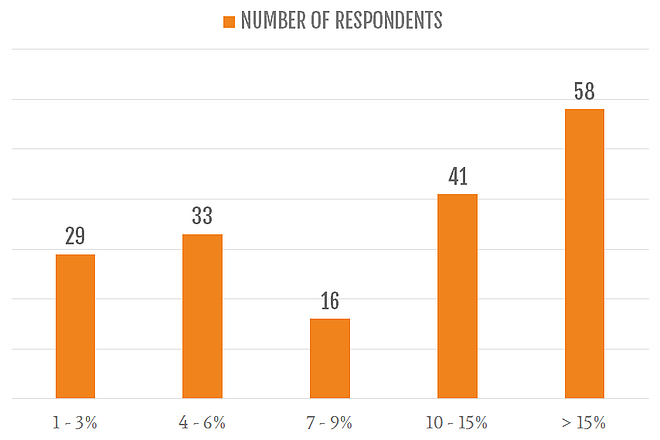 Pacific Crest reported the median annual churn rate across the entire sample as 10%, or 0.87% per month.

Quite different than what is being reported by real life data but these are different clients as well.

First, the profile of the companies surveyed: 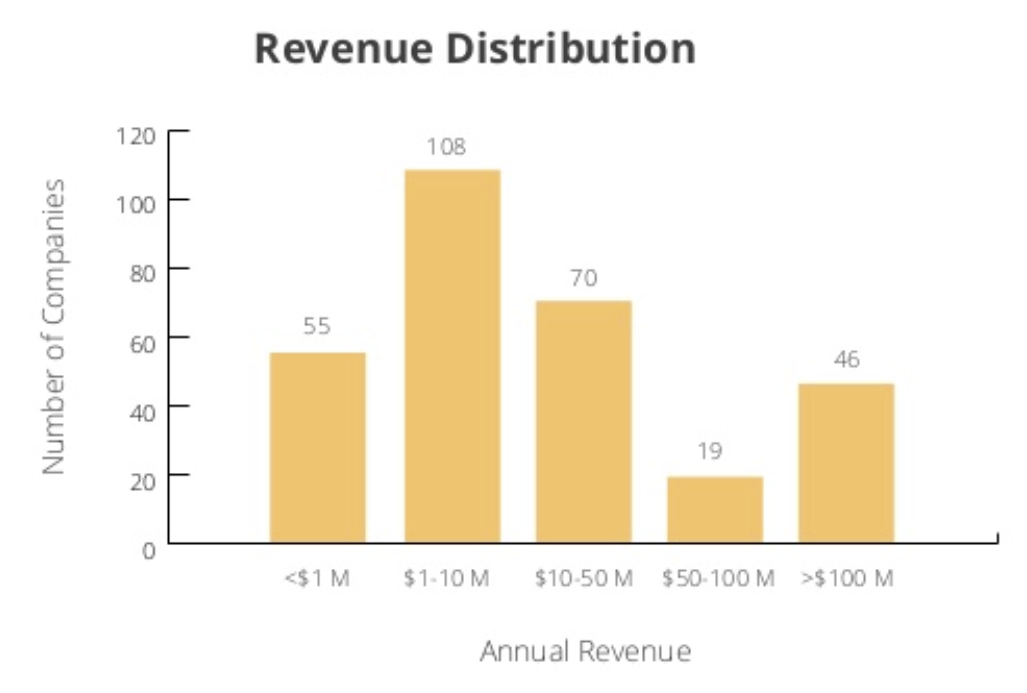 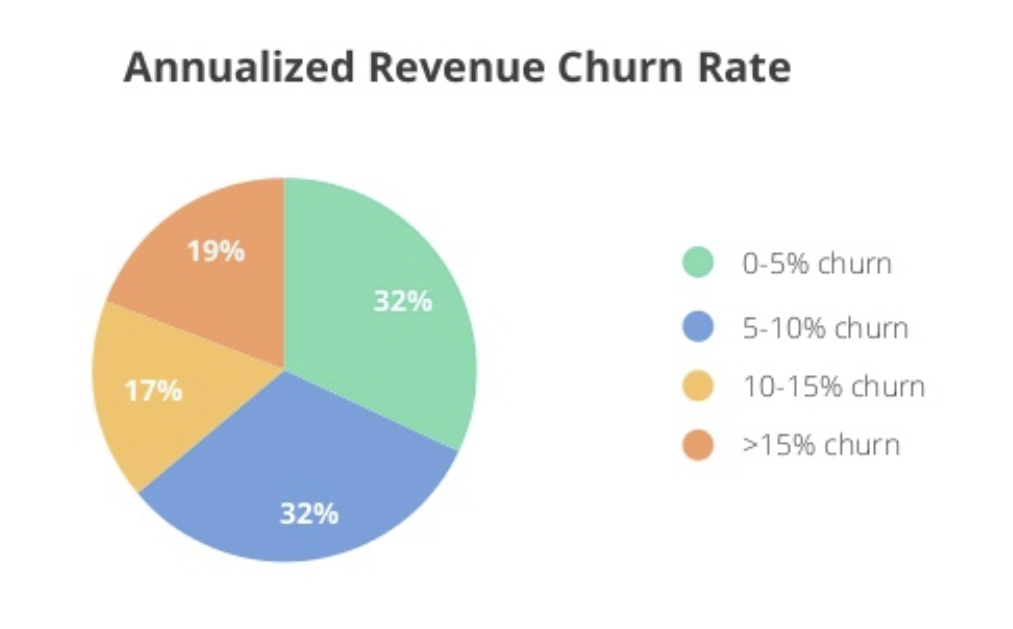 Revenue churn can even be negative, if  revenue from current customers (through upsells and cross-sells) exceeds the value of your lost customers.

Different surveys show different data. And the real data shows something even further from that.

The “ideal” churn rate of 5-7% annual churn seems to be attainable for the large SaaS companies, but smaller companies seem to have much higher churn.

This is probably because most “big” (and definitely most public) SaaS companies target enterprise customers, which has a huge impact on churn:

Compare this to the SMBs or even B2C that most smaller SaaS companies target, and the huge differences in churn become understandable:

There’s revenue churn rate and there’s customer churn. These are not the same.

The numbers are usually better for revenue churn than for customer churn. And this is what is usually reported for large/enterprise companies.

Revenue churn can even be negative, if  revenue from current customers (through upsells and cross sells) exceeds the value of your lost customers. Again, this is easier to do with large or enterprise companies than with SMBs or B2C.

Different types of software will have different predispositions to churn.

Look through your own tech stack, and you’ll likely see some products you view as essential, and others deemed “nice-to-have”. It’s likely that a finance or sales tools will be less susceptible to churn than a marketing tool, simply because it’s perceived to be more directly responsible for revenue.

The same is true of niche tools, or those with few competitors – the more expensive it would be to change to another tool, the lower your churn rate will be.

There’s also much greater opposition to change (any change) in enterprise than in small companies. Once you have them you are much less likely to lose them.

There isn’t a whole lot of churn data available – and the information is often only vaguely comparable.

There’s a simple reason for that: high churn rates are bad, literally recording how many customers are up-and-leaving your service each month. Few companies are as brave as Buffer and HubStaff, and those that do agree to share churn rates will likely only do so if it’s anonymous, and the exact data is hidden away with a range.

Public companies have an even greater incentive to hide “bad” metrics: it can impact their stock price.

By law, public companies have to report on their performance. Adopting industry-standard measures (like GAAP) would make it easy to compare between similar companies, leading many to develop “proprietary” reporting methods that make it next-to-impossible to directly compare between competitors.

And despite its importance, there are no legal requirements to report on churn rates – leading to the low response rate and the dozens of different churn rate calculations used in different reports.

If you’re a big, established SaaS company, on track for IPO or some other type of exit, your churn rate targets are crystal clear: you need to hit 5-7% annual churn.

Or, at the very least, you need to show this number in any possible way, even if it doesn’t ideally reflect the reality.

But if, like most SaaS companies, you’re earlier-stage, things aren’t so clear. Even a successful SaaS company like Buffer still battles with 5+% monthly churn rates.

Though it’s hard to give a precise benchmark, the studies and data above suggest the same thing: a 5% monthly churn rate is pretty common, and as evidenced by the likes of Buffer, Baremetrics and Convertkit, not a clear-cut barrier to growth.